Does Caffeine Stave Off Dementia? 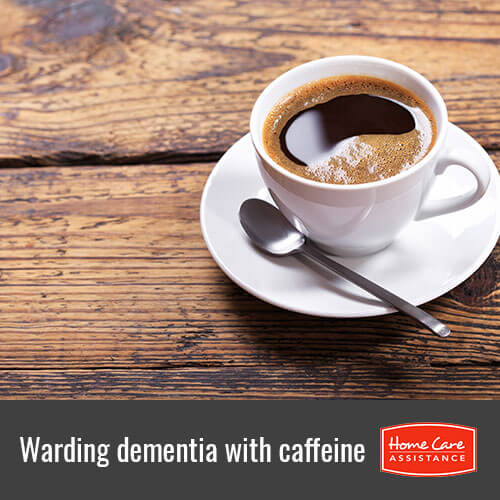 No one knows for sure what causes dementia, but researchers with the National Heart, Lung, and Blood Institute have learned that women who consume at least 261 milligrams of caffeine each day have a 37 percent less chance of getting the cognitive disease. Following is everything Palm Harbor, FL, dementia caregivers need to know about their findings.

Researchers can find very little evidence to support avoiding caffeine products as long as people do not consume over 600 milligrams per day. If you consume over that amount, especially in the evening, then researchers at the Mayo Clinic warn you may not be able to sleep. Researchers led by Doctor Ira Driscoll from the University of Wisconsin at Milwaukee say you need to sip on 20 ounces of coffee, chug down 40 ounces of black tea or swallow 84 ounces of your favorite soda to have the desired effect of staving off dementia. In order to get enough caffeine to keep dementia at bay, you can also eat foods containing caffeine including dark chocolate, coffee-flavored ice cream or caffeine-infused sunflower seeds. They even recommend that you try cereal where caffeine has been added.

Scientists are not sure why caffeine helps keep dementia away, some believe that caffeine causes the brain to become starved for oxygen so its sends out a special hormone that actually works to speed up the brain’s ability to process information. This reaction supposedly stops the progression of dementia dead in its tracks. There is some evidence supporting this theory, as the scientists know that bodies that have a lot of caffeine in the bloodstream are more mentally alert.

So long as your loved one drinks it in moderation, caregivers should encourage moderate caffeine consumption. Contact Home Care Assistance of Tampa Bay today to learn more about brain foods and beverages that benefit seniors with cognitive disorders. We provide flexible dementia and Alzheimer’s care Palm Harbor seniors need to boost emotional, physical and mental wellbeing. Call (727) 330-7862 today to learn more about our memory care and how it benefits our clients.